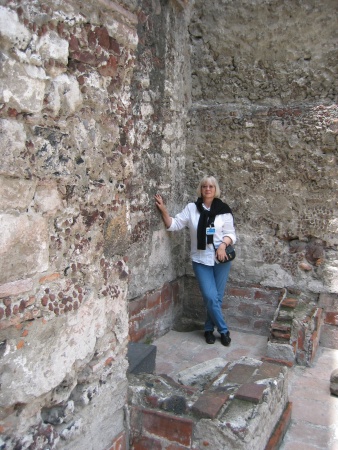 Susan Deans-Smith is Associate Professor in the Department of History and an affiliate of the Teresa Lozano Long Institute for Latin American Studies at the University of Texas at Austin. She specializes in colonial Latin American history and the history of the Spanish empire, with a particular interest in Mexico and the Andean region. Additional research interests include comparative colonialisms and empires, the social and cultural histories of artisans and artists, and visual and material culture. She is currently completing a study of the first fine arts academy established in Spanish America, Matters of Taste: Cultural Reform in Bourbon Mexico and the Royal Academy of San Carlos (1781-1821) and is the co-editor with Miruna Achim and Sandra Rozental of Museum Matters: Making and Unmaking Mexico’s National Collections, University of Arizona Press (forthcoming, 2021). She received her B.A. from Warwick University and her M.Phil. and Ph.D. from Cambridge University. She is the author of Bureaucrats, Planters and Workers: the Making of the Tobacco Monopoly in Bourbon Mexico (University of Texas Press 1992; reprinted in 2010; Spanish edition 2014), and is a co-editor of Mexican Soundings: Essays In Honour of David A. Brading with Eric Van Young (Brookings Institute Press, 2007) and Race and Classification. The Case of Mexican America with Ilona Katzew (Stanford University Press, 2009). Her articles have appeared in Bulletin of Latin American Studies, Colonial Latin American Review, Hispanic American Historical Review, and Latin American Research Review, among other journals (see CV for a full listing). She has received fellowships and research support from the SSRC, the NEH, the Andrew W. Mellon Foundation. and the Program for Cultural Co-operation Between Spain’s Ministry of Culture and United States’ Universities. A former editorial board member of the American Historical Review and the Hispanic American Historical Review, she currently serves on the editorial board of the Colonial Latin American Review.